The Internet of Things (IoT) is revolutionizing our world as connected sensors collect data that can enable more informed decision-making. Sending the data from sensors back to those who can act on it, however, requires the right type of connectivity solution. Particularly when sensors are used in rural or remote areas where connectivity isn’t as simple as sending data over a cell network, the complex and crowded landscape of connectivity providers can seem overwhelming.

Optiweigh, an Australian company whose cattle weighing products are primarily used in remote locations across Australia, knows firsthand the challenges of finding the right connectivity solution. They tried many methods before finally finding Swarm, which met their need for reliable, global connectivity at an affordable price point.

Here, Optiweigh CEO Bill Mitchell takes us through their journey to find their right connectivity solution, lessons learned along the way, and why they’re excited about now using Swarm.

A need for reliable, remote connectivity

Optiweigh has developed a unique system to accurately weigh cattle without taking them out of their fields. Weight is critical health information for farmers to know, and the ability to weigh cattle in-field (versus taking them outside of their paddock to special weigh stations) is faster, easier, and allows for multiple weighings per day so farmers can catch problems earlier.

Optiweigh sells their weighing units to commercial cattle farmers across Australia. This means their products are often deployed in large, off-the-grid fields where data transfer can be a challenge. To keep their weighing units connected, Optiweigh needed a system that provided reliable coverage in remote areas, required minimal upkeep from cattle farmers, and was relatively low cost.

Optiweigh first tried a mesh network to connect their devices back to the Internet. This system required a gateway in the farmhouse and a massive antenna, both of which demanded maintenance from the farmer.

Even with proper upkeep, Bill says the coverage wasn’t good enough for what farmers needed. Optiweigh units could only be deployed within 10km of the gateway. In northern Australia, where there are more trees and brush to disrupt the signal, the range decreased to 0.5km. This was simply not sufficient for the majority of Optiweigh’s customers, many of whom have farms spanning hundreds or thousands of kilometers.

Optiweigh next turned to cellular networks to provide longer-range connectivity with less hassle. While cell networks work well in certain areas, every farm has dead zones. This limited where farmers could place the Optiweigh units, and it excluded farmers whose entire ranches were outside cell coverage.

While cell networks work well in certain areas, every farm has dead zones. This limited where farmers could place the Optiweigh units, and it excluded farmers whose entire ranches were outside cell coverage.

Aside from the coverage issues, farmers often had to reboot the cell modems to keep them working, and it could take up to 10 minutes to connect to the network. Cell wasn’t turning out to be the “set and forget” system that most farmers need.

To solve the coverage problem, Optiweigh tried using a legacy satellite provider. At first, they were thrilled with the improved coverage. “It just worked!” says Bill. But the expense soon became a major issue.

To cover the cost of the satellite hardware and data plan, Optiweigh had to increase the price of their own unit by $1000 and almost triple their data subscription pricing to over $600/year. In an industry already operating on razor-thin margins, this was a price increase many farmers couldn’t justify. “Customers were starting to say ‘I can’t afford this,’” says Bill. “We started losing people.”

To cover the cost of legacy satellite hardware and data, Optiweigh had to increase their own prices. “Customers were starting to say ‘I can’t afford this’… We started losing people.”

Even paying what they were, the legacy satellite solution didn’t provide nearly the data volume that Optiweigh needed to transmit weights from multiple units. “We had to pool units just to get the minimum amount of data our customers needed,” says Bill. Purchasing more data, however, would force Optiweigh to mark up their own prices even further. Even with the benefits of reliable remote connectivity, legacy satellite solutions were proving too high a price to pay.

After trying several connectivity solutions, none of which quite met their needs, Optiweigh decided to try Swarm.

“Swarm is a clear step up for us.” – Bill Mitchell, CEO of Optiweigh

Swarm provides the world’s lowest-cost, global connectivity for IoT devices. Swarm’s current network of 120 satellites in orbit offers 100% global coverage, meaning Optiweigh units can work anywhere, even in cellular dead zones. “The ability to tell our customers that they can use an Optiweigh unit anywhere in the world and it will transmit is gold for us,” explains Bill.

Once Optiweigh gathers data on the cows, a Swarm modem embedded in the unit transmits that data through Swarm’s satellites, and back to the farmers who need to see it. These modems are durable, low-power, and don’t require any gateways or satellite dishes, which makes farmers’ lives easier.

Just as importantly, Swarm’s low-cost hardware and data service mean that Optiweigh no longer has to raise the price on their own products and services. “With Swarm, for the first time, we can get satellite coverage without charging more than we do for cell,” says Bill. “We’ve had customers who wouldn’t pay legacy satellite prices come back to us now that we’re using Swarm.”

“With Swarm, for the first time, we can get satellite coverage without charging more than we do for cell,” says Bill. “We’ve had customers who wouldn’t pay legacy satellite prices come back to us now that we’re using Swarm.”

Bill sums it up nicely: “Swarm is a clear step up for us.”

Bill believes that a lack of affordable connectivity is hindering the farming sector in their adoption of new technologies. With many farms and ranches located outside of terrestrial-based coverage, too many farmers have been unable to take advantage of IoT technologies, like Optiweigh, that can make their lives easier and their businesses more efficient and profitable.

While Optiweigh previously struggled to support customers in extremely remote areas, Bill says they can now sell to these farmers without issue. This equips farmers with new tools, and provides Optiweigh with a new customer base. “There are a lot of farmers in Australia and elsewhere who want to use Optiweigh but don’t have cell coverage on their farms, so they assume that Optiweigh isn’t an option for them because they certainly can’t afford satellite. We believe that in most parts of Australia, using Swarm more than doubles the size of our potential market.”

“We believe that in most parts of Australia, using Swarm more than doubles the size of our potential market.”

After trying multiple connectivity solutions, we’re thrilled that Optiweigh is choosing Swarm to support their products and customers. We’re excited to see the results of our partnership, and look forward to continuing to provide global, affordable connectivity for more remote IoT use cases around the world!

Feeling overwhelmed by the landscape of IoT connectivity options? Check out our post here on choosing the right solution for your use case. 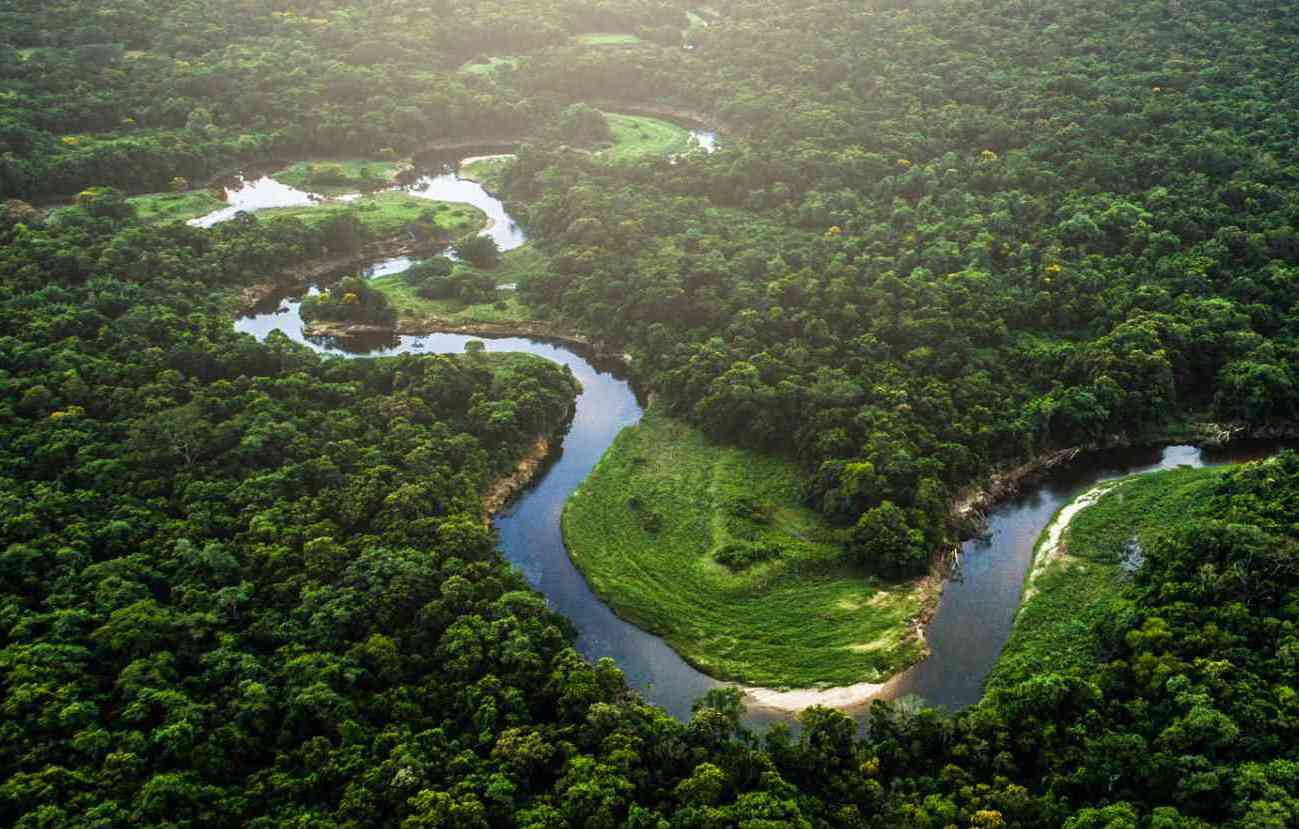 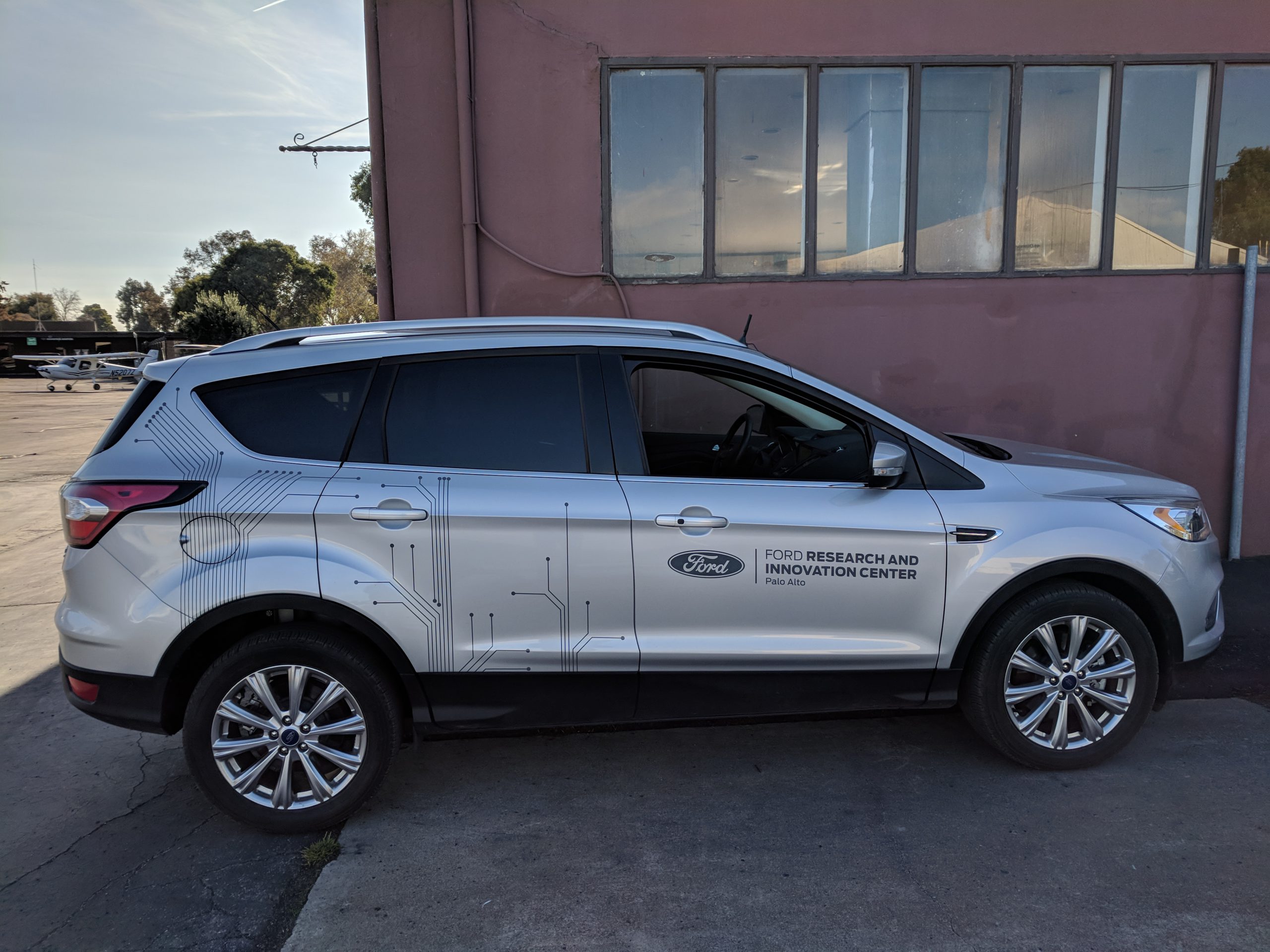 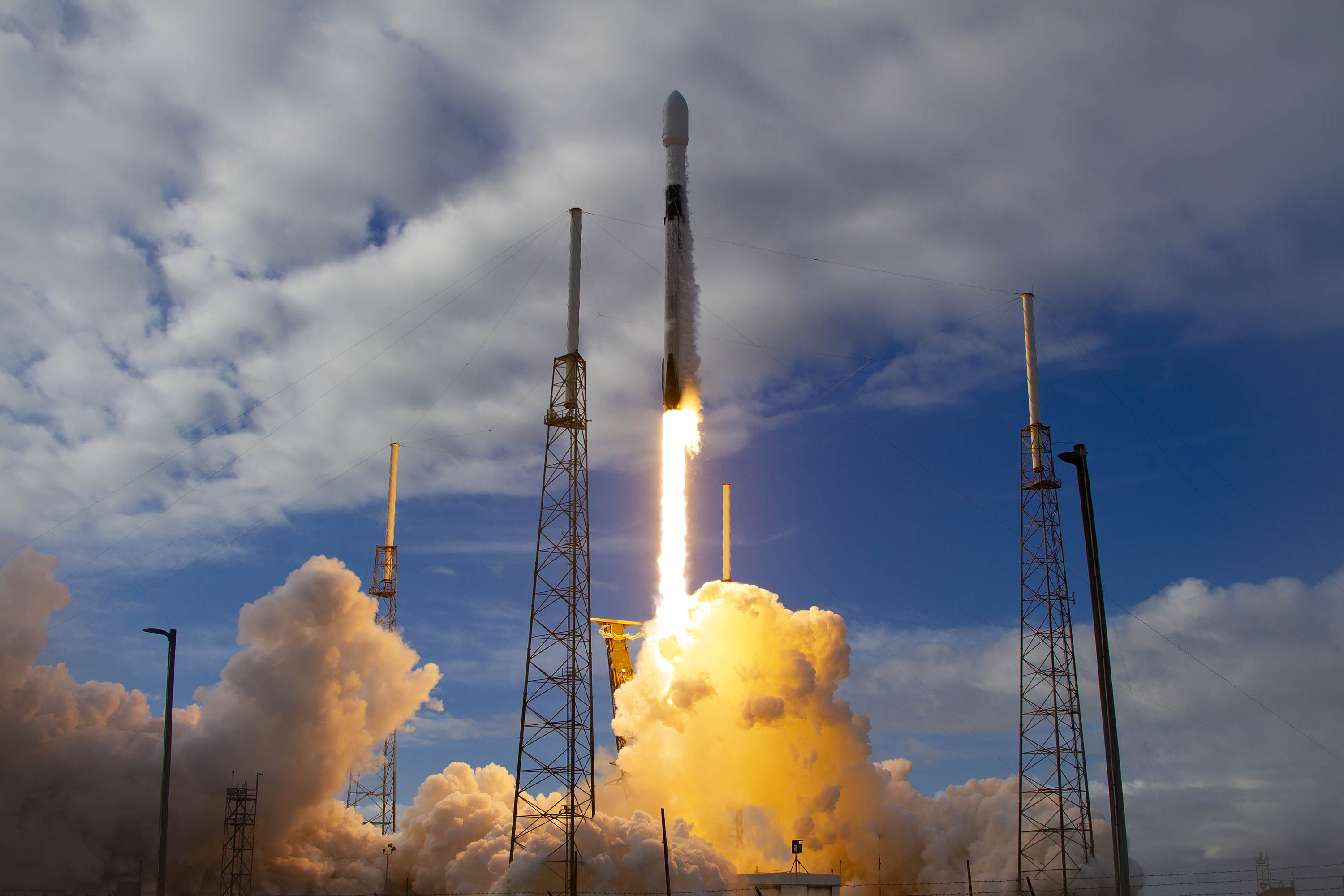 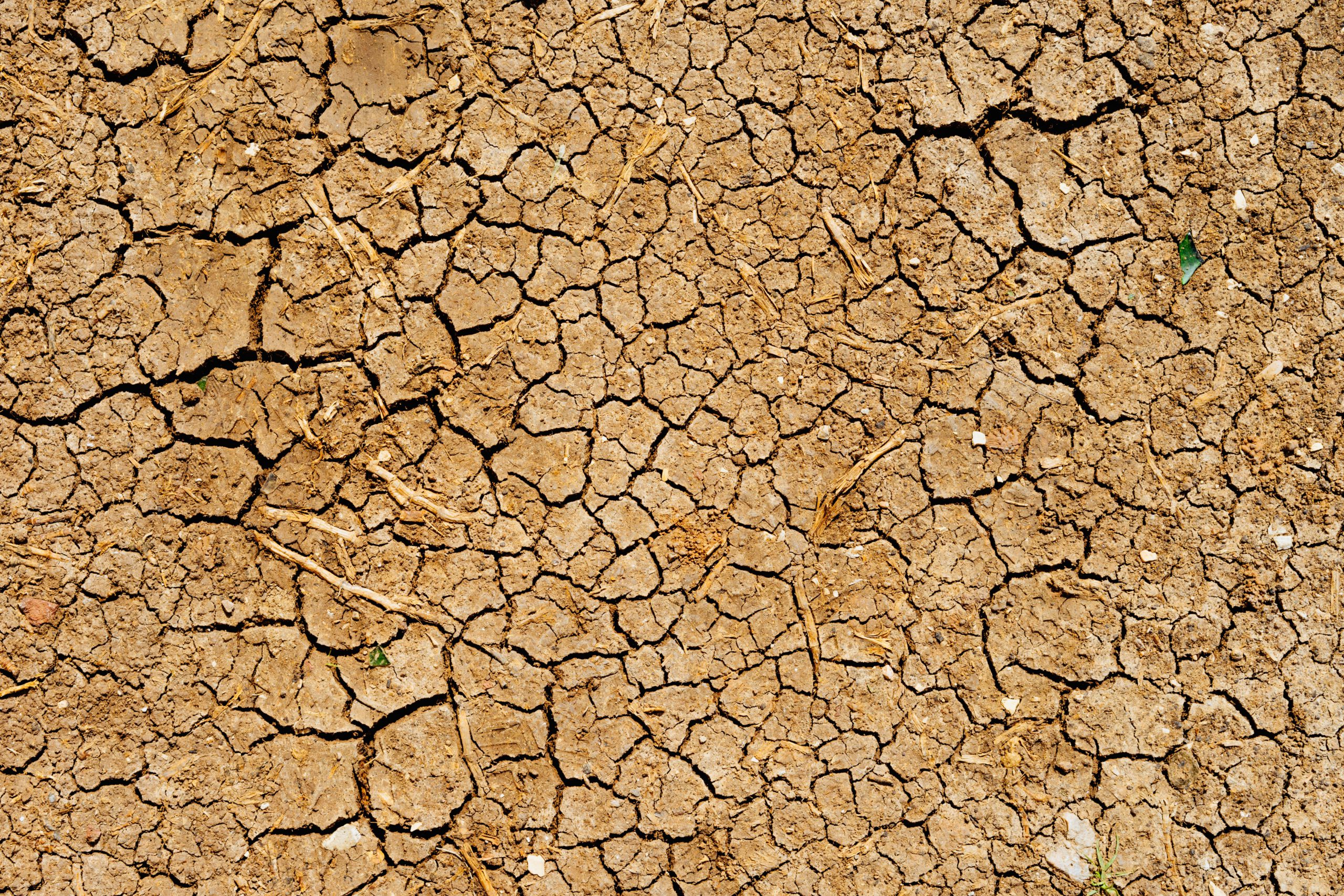